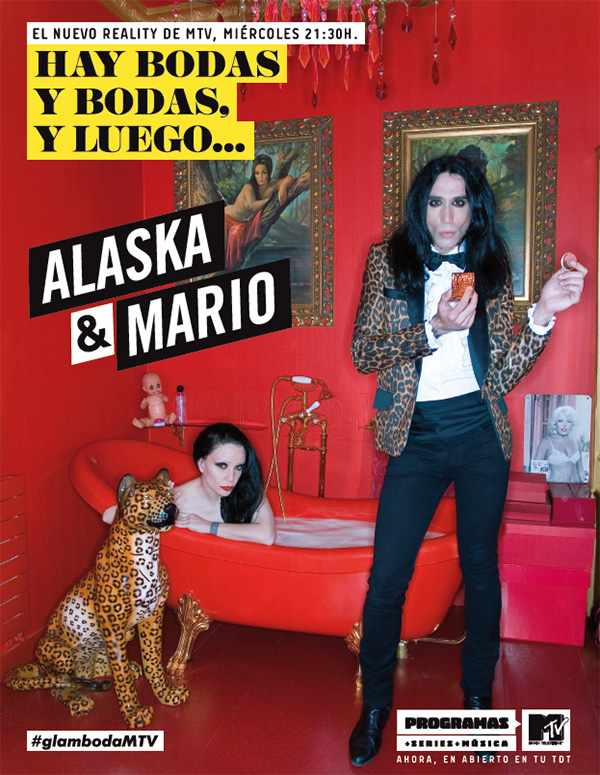 Shows in all its glory the surprising and fun-filled life of Alaska singer from Fangoria- and her husband Mario Vaquerizo. The first season focuses on their wedding. The second on their honeymoon in the United States. The principal theme of the third season is Alaskas 50th birthday. And the fourth revolves around the couples holiday. It's a reality show full of one-off moments: parties, concerts, album and video clip recordings, charity auctions, trips away and unforgettable as well as hilarious moments with friends and family.

It's the first reality starring celebrities in Spain. In terms of audience, for the 18-35 target range it increased by 335% in its slot in comparison with the previous 4 weeks and by 138% for the channel.