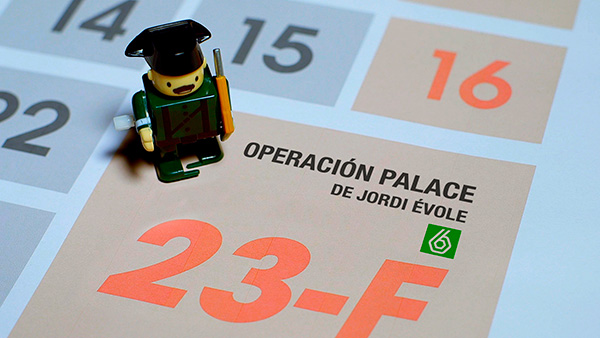 Mockumentary on the attempted coup détat in Spain in 1981. Broadcast to coincide with the 33rd anniversary. Counting on contributions from important political figures of the time, renowned journalists and historians as well as archive footage. All support the theory that the attempted coup was a political set-up.

The objective was to show up the lack of transparency of the Spanish state, which has still not yet made public all the information on the case, allowing endless theories to appear.

It was the most watched broadcast outside sports events in the channels history, with more than 5 million viewers and 24% audience share. It generated thousands of comments on Twitter and was a Trending Topic worldwide. It was selected for The Wit at the MipTV at Cannes.