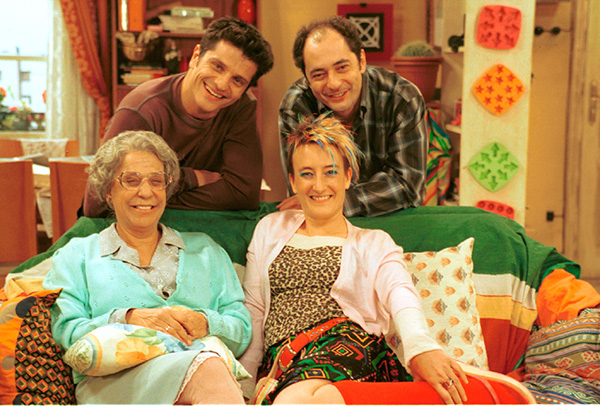 Sitcom about the life of two very contrasting characters forced to share a flat. Lopes is a radio presenter, 34 years old, apathetic, pessimistic, hypochondriac and son of a single father. David is 25 years old, and belongs to the Barcelona middle-class, studies in The Institute of Theatre in Barcelona and is egocentric and immature. The rest of the characters come from work and social circles, such as a squatter neighbor, Davids assistant, Lopes boss and a gay barman who studies theatre with David. The show was recorded in front of a live audience with real laughter.

It was a smash-hit in all respects. It broke audience share records, reaching 35% and turning into one of the most watched series on the channel. It was sold to a number of channels. It was the first time TV3 exported a format. It has been repeated on numerous occasions, always achieving great audience share figures. It won the Ondas Award for best series.